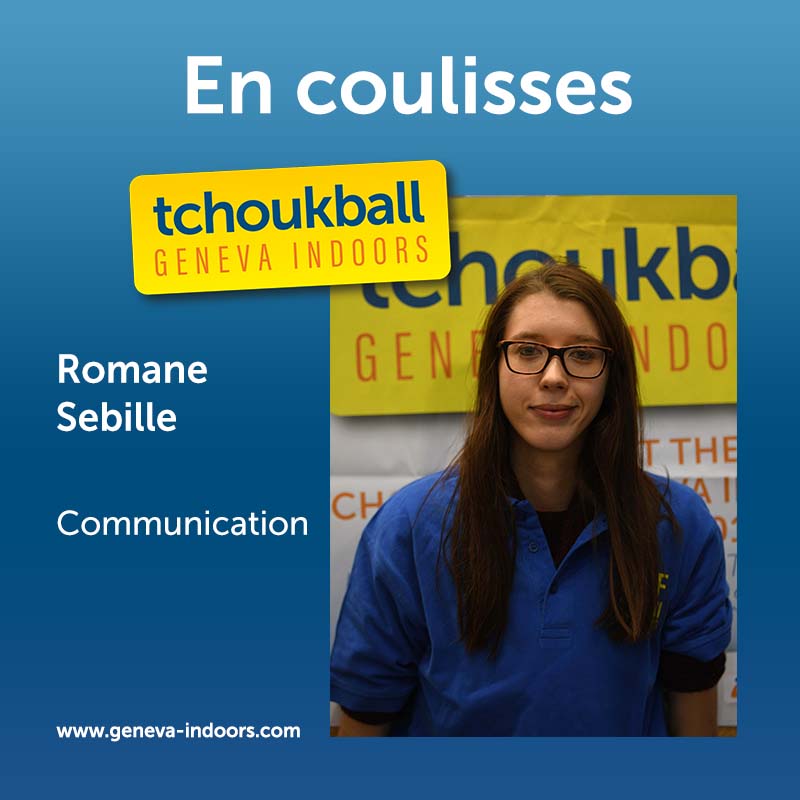 This year to get ready for the Tchoukball Geneva Indoors, we’ll present every week a different sector of the event. This week you’ll meet Jean-Loup Remolif, the « handyman » of the Geneva Tchoukball. He is head of logistics at the event and describes here his tasks before, during and after the event.

Please introduce yourself
I discovered tchoukball recently thanks to my family. I started helping for the TGI in 2019, but I have been particularly involved these last 8 months. Currently, I am a mediamatician at the House of Tchoukball in Geneva and once a week a I also train juniors under the age of 10.

During the Geneva Indoors 2019, which was my first and only edition I worked a few hours in the bar and mainly in the shop. There I tried to keep it as attractive as possible and I care of the sales during the tournament.

What is your function at the Tchoukball Geneva Indoors?
This year, I am part of the communications team and my main role will be to manage all the pictures in order to ensure that my colleagues have quickly access to visuals to illustrate their work,

Since when do you hold this role?
I have not yet been able to take on this role at the TGI, it will therefore be the first time for me this year.

What is your job before, during, and after the tournament?
My role during the tournament is to edit the photos and sort them into the correct categories.

Before the start of the TGI, I take care of the promotion of the tournament by creating visuals that announce the number of weeks remaining before the tournament. This, I have to manage the TGI planning file. I also translated the two flyers of the into Spanish, and I’m the one who adds the names of the registered teams on the site

What other sectors do you collaborate with to carry out your work?
I mainly work with the photgraphers and the other members of the media team I alsowork with the video team, mostly to support their work with images, but also to learn how they do their job.

Have you ever had a particular, stressful or touching situation that you would like to share?
Since I’ve only taken part in the tournament once so far, I haven’t had a real chance to find out what the Geneva Indoors are all about.

What is your best memory of the Geneva Indoors?
My best memory is seeing people marvelled by the appearance of my shop, looking forward to something new or spending time buying little souvenirs to remember this event.