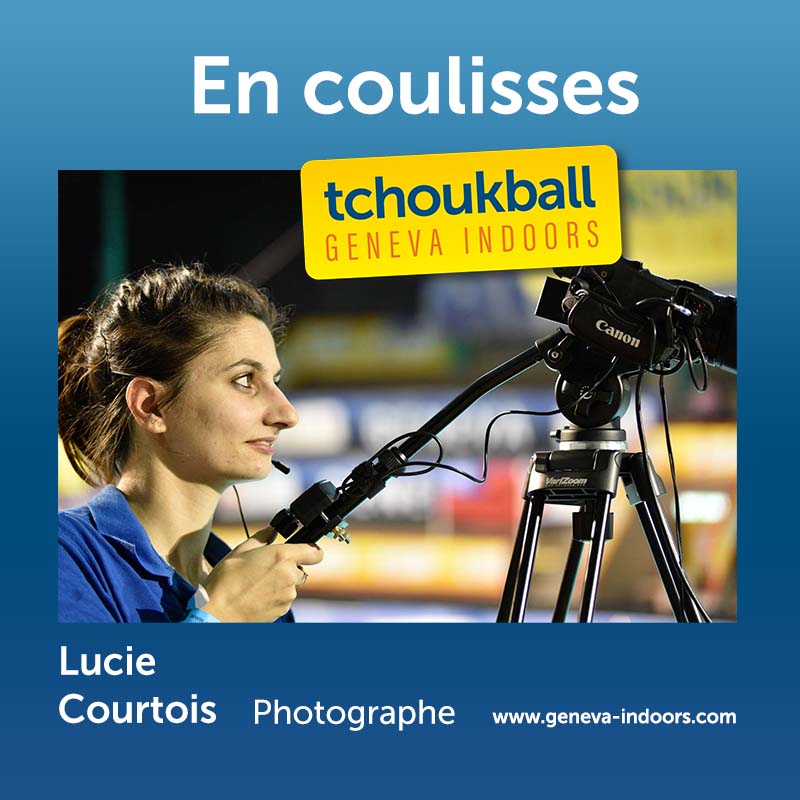 Please introduce yourself
I discovered tchoukball in 2014. At the time, I was a gymnast and the tchoukball club of my town trained at the same place. I could see them training from afar, but it is only in February 2015 that I started to get involved when a friend asked me to photograph a tournament.

Today, I am vice-secretary in my tchoukball club as well as responsible for its communication and photography.

What is your actual function in the Tchoukball Geneva Indoors?
Currently, I am assisting Olivier Renaud in the position of responsible photographer with the participation of Laurent Ludi.

How long have you been in this role?
I started to get involved in the TGI in 2016 as an official photographer for the French Tchoukball Federation. In 2017, I took contact with Olivier in order to share my photos with the TGI. And it was in 2018 that I joined the organization committee. In 2019, Olivier not being able to get as involved as before for professional reasons, he gave me his position with the support of Daniel Buschbeck and Laurent Ludi.

My sector takes photos for the Nations Cup, the Open, Elite, Youth and school tournaments. I also personally take care of the group photos included in the gifts.

What are the challenges, the key moments of your function?
The main challenge in 2019 was to take photos of all the teams and edit them as soon as possible so that I could free up time to photograph the players during their matches.

What other sectors do you collaborate with to carry out your work?
We mainly collaborate with the communication sector which must quickly write and especially illustrate press releases after the Nations Cup matches. We try to give them the pictures we took as quickly as possible.

I’m also working with Lionel as I need the game plan to prepare the arrival of the teams for the photos. It also allows me to very easily find the teams that have not yet come to me.

And of course, the souvenir gifts sector: I give them all the team photos so that they can prepare the packages for each player.

Have you ever had a particular, stressful or touching situation that you would like to share?
There are always special situations in the TGI. It is very difficult, in my role, to really have a schedule that I will be able to hold up.

In 2019 I was quite frustrated with the lack of organisation for taking the team photos: I spent more time waiting for the teams than photographing them. So much that I could not be on the edges of the fields to photograph the competitions. Also in 2019, the representatives of the FITB came to have a souvenir photo as well.

What is your best memory of the Geneva Indoors?
The TGI are always great moments and many memories, each just as wonderful as the next. But I think that one of my strongest memories was in 2018 when, at the end of all the competitions, Daniel called all the volunteers to the central field to thank us in front of the audience. It was at this moment that he announced that I was taking over the role of Olivier in 2019. For me, this was a real mark of confidence from Daniel.

The TGI 2021 are approaching quite fast. After a forced break last year, what moments are you particularly looking forward to for this edition?
In 2020, I was present on the Tchoukball Global Forum to take pictures. But I admit that I can not wait to feel the atmosphere of the Queue d’Arve in December. It’s a time that I love, although tiring before the holiday season, but it is well worth it! Every moment on the TGI is unique and I think they are all worth experiencing, even if there is stress and frustration.