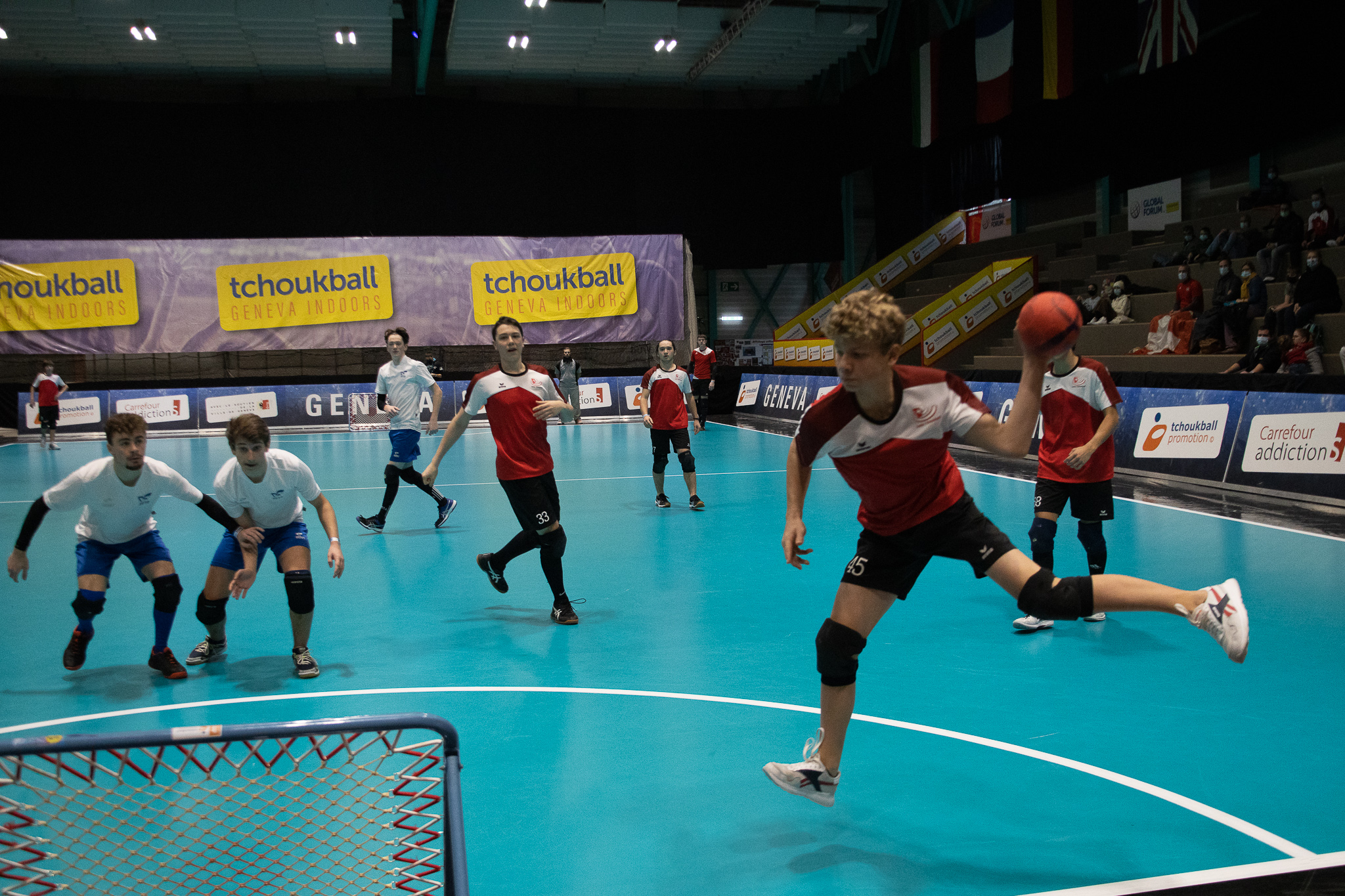 This morning, the spectators present in the Brandt Arena were able to attend the first of the semi-finals of the mixed tournament of the Super Cup. During this match, two junior teams faced each other: France U18 and Switzerland U18. The two teams were able to show us some great playing actions and gave us an excellent show.

In the end, it was the Swiss U18 team that took the upper hand over France, and finally came away with a great victory with a score of 50 to 66. We will remember the sound of the bells and the fervour of the Swiss fans, who will be expected in tonight’s final at 7pm.

Following this match, we will go directly to the second semi-final of the same mixed tournament, which will pit the Swiss Women against the Helvetica Girls.

The winning team from this match will advance in the tournament and face Switzerland U18 in the final.