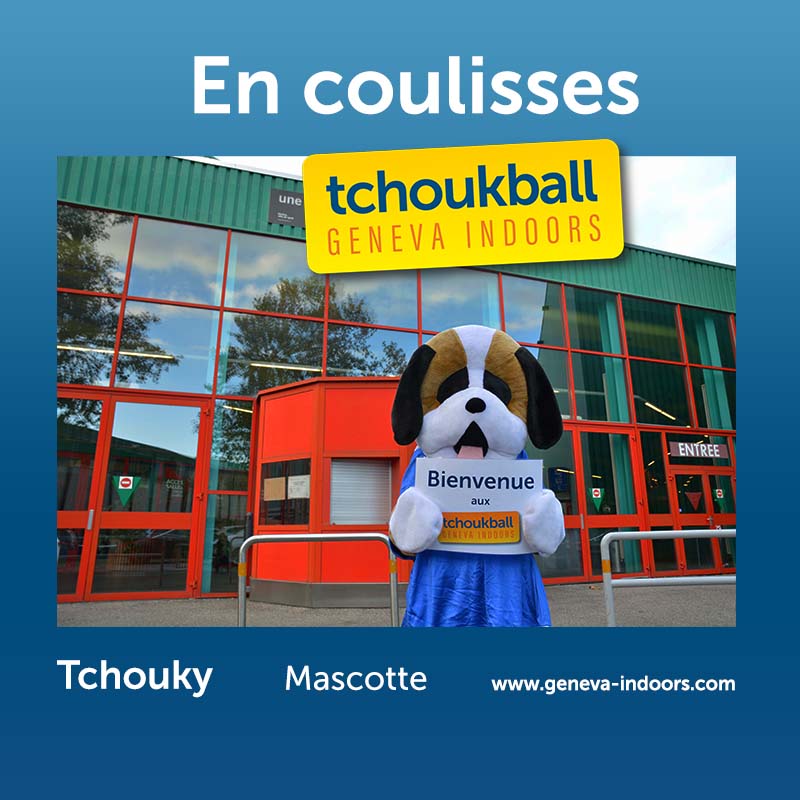 Please introduce yourself
I was recruited by Daniel Buschbeck a few years ago as the mascot of this tournament. With its growth and Daniel’s desire to make it more important and serious event, having a mascot with my name helped him to highlight the Tchoukball Geneva Indoors but also tchoukball, of which this tournament is in a way the showcase.

What is your actual function in the Tchoukball Geneva Indoors?
I am the mascot of the tournament, which involves several functions not only during the event but also before.

How long have you been in this role?
I have been part of the team since 2017.

What is your job before, during, and after the tournament?
Before the tournament, I play an important role in promoting the upcoming tournament. I’m often featured in social media posts or at pre-tournament events to make some noise about the event. For example, I am the one who walks around Geneva to promote the tournament and tchoukball in general. During the tournament, my main role is to entertain the public or the juniors during the breaks, but also to be present during the awards ceremony. Otherwise, the rest of the time, I walk around and follow the activity on the fields.

What are the challenges, the key moments of your function?
The challenge is to always inspire happiness for all the players and spectators. And between you and me, sometimes I get a bit warm in my clothes, but don’t tell others. My key moments are meeting with the players and participating in the closing ceremonies.

What other sectors do you collaborate with to carry out your work?
I’m pretty independent and walk around where I want to, but I work a lot with the animation sector and the technical sector that runs the tournaments. Moreover, I also like to step in to give a helping hand if necessary.

Have you ever had a particular, stressful or touching situation that you would like to share?
Truth be told, appearing in the middle of the main pitch in front of many spectators and in such a large hall can be very intimidating the first few times. Nevertheless, I got used to it quickly and now I am always delighted to see so many people brought together by this beautiful event. And I also like to share hugs. Nothing is better than having a “group-hug” with a whole team!

What is your best memory of the Geneva Indoors?
Each edition of the TGI is rich in emotions for me. I think feeling happiness and joy from all the participants and organisers of the tournament are my fondest memories and, in my opinion, the very essence of the tournament.

The TGI 2021 are approaching quite fast. After a forced break last year, what moments are you particularly looking forward to for this edition?
I am simply delighted to meet all the people, young and old, from all walks of life, who bring this sport and the tournament to life. Last year, with this pandemic, it was a bit sad for me, but this year the tournament is finally going to take place! And even if the covid imposes respect for distance, I will try to give joy and warmth to everyone around me.