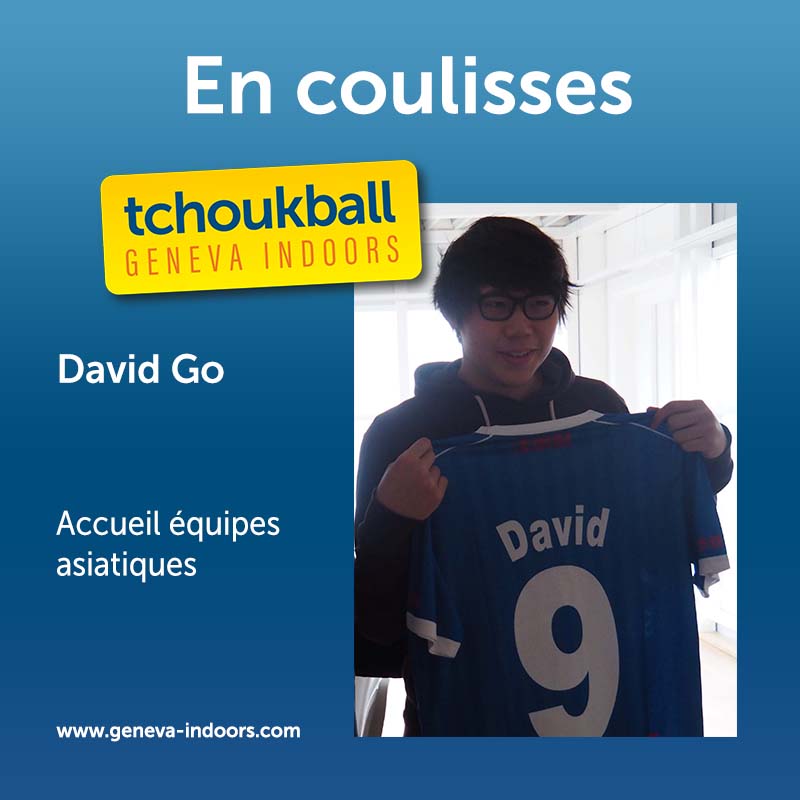 Please introduce yourself
I started tchoukball about twelve years ago after an initiation given by Romain Prod’hom in my primary school. Today, I am part of the Geneva Dragons team which evolves in the National League A. I am also a member of the national team since 2015 and the coach of the Geneva Dragons B, our junior team evolving in National League B. I have taken part in every edition of the TGI since I started tchoukball, but I started to get involved in the organisation and play a role in the tournament staff when the Asian teams first participated, in 2014.

What is your actual function in the Tchoukball Geneva Indoors?
I mainly take care of the welcoming and the communication with the Asian teams including Taiwan and Hong Kong. As a member of the Geneva club, I also help to set up the fields or to supervise junior players.

How long have you been in this role?
I have been in involved in the organisation since December 2014.

What is your job before, during, and after the tournament?
My role is to take care of the Asian teams during their stay in Geneva, especially to try to reduce the language barrier: since I am a fluent speaker of Mandarin Chinese, my job often involves translation. Therefore, my task often begins by meeting these teams at the airport and then bring them to the dormitories assigned to them. Then, during the tournament, I help them to reach the sports hall and to communicate with the staff and the other teams. Outside of the tournament, I also help them with their everyday needs, for example for food. In addition, I often take care of their sightseeing tours in Switzerland and in the region.

What are the challenges, the key moments of your function?
One of the main challenges of this function is that it requires a significant presence with the teams I take care of, which is very important as they are made up of players who speak little or no English and who, often, are leaving their country or their continent for the first time. Therefore, a good organisation is required with the other members of the staff and these teams, since I have to act as a translator for a large amount of information.

What other sectors do you collaborate with to carry out your work?
In my role, I work mostly with Erika, who is the communications and hospitality manager for all the foreign teams taking part in the tournament. However, this role requires interaction with almost all the staff of the tournament, from the logistics to the tournament bar.

What is your best memory of the Geneva Indoors?
Personally, playing the final for the third place against Taiwan 2 with the Switzerland Men in 2018. But I also have very good memories of the touristic trips in Chamonix with the Taiwanese delegation in 2015: for some of the players, it was the first time they saw snow.