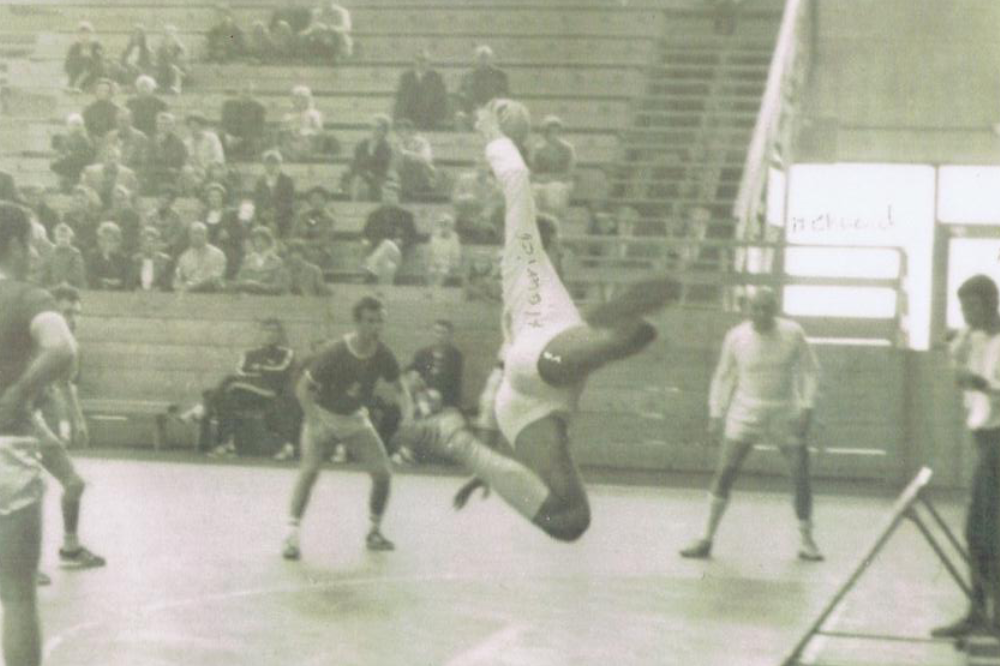 Today 50 years ago, on the 31st October 1971 was played in Geneva, at the Bout du Monde sports centre, the very official international tchoukball game between Switzerland and France. The game was played in two at that official forms: with one frame an two frames.

Swiss Tchoukball has found moving images of the one frame play of this meeting!

The Swiss team was composed of players of the FC Fontainemelon, coached by Michel Favre and a few players from Geneva. The French team came from the reagion of Strasbourg.