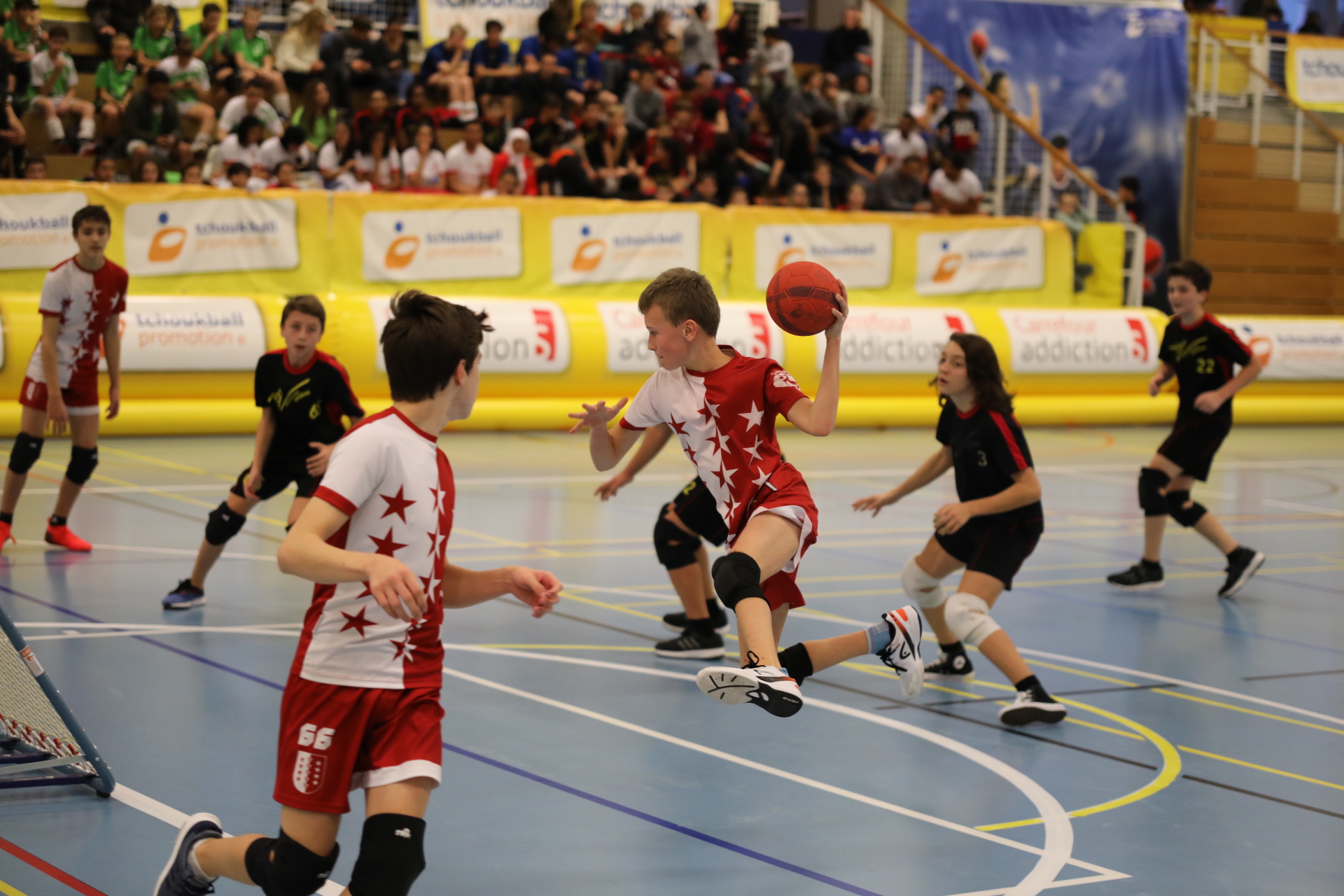 Today Sunday, December 9, 2018, took place the third day of the Tchoukball Geneva Indoors and it was the turn of the M15 and M18 to be in the spotlight.

The day, which saw many games M15 and M18 played, ended with beautiful finals, which for the first time were broadcast live on Youtube.

The M15 final between Eaux-Vives and Sion was very committed, showing a high-level of tchoukball. Two minutes from the end the teams were tied, before seeing the team from Wallis win the final on the result of 14 to 12.

The M18 final, with the teams of ASC Weimar (Germany) and Geneva, was just as committed. The German team created themselves some trouble by being quickly led 3-0 by the local team. Then they applied all their experience to reverse the score and get ahead. The Genevan came back close, but in the end the ASC Weimar won the final on the score of 15 – 10.

The junior finals have been broadcast on Youtube and the videos are available under:

In addition, our team of photographers photographed the players in action. Find their photos on Flickr.

All results, rankings, and other information related to the junior tournaments are available here.