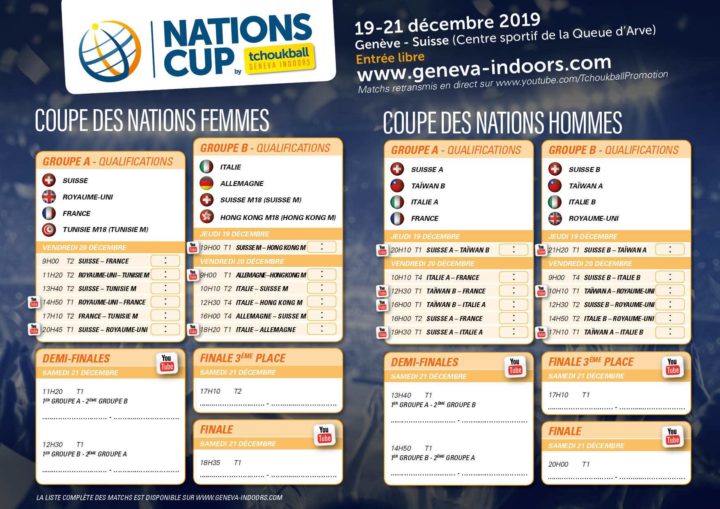 The game plan of the Nations Cup is promissing!

With 8 men teams, 8 women/M18 girls teams, 8 M18 boys teams, tchoukball will be played at its highest level at the Queue d’Arve sports centre from December 19th to 21st.

On Thursday 19th December 4 opening games will be played, with each time a Swiss men, women or M18 boys team participating.

On Saturday 21st December semi-finals and finals will be played. As of 11h20 the semi-finals women and as of 13h40 the semi-finals men. It is the opportunity to see the 4 best teams of the tournament in action, competing in order to gain a spot in the final.

At 16h00 will take place the M18 Boys, followed by the finals 3rd place men, the women’s final and the men’s final.

Block already today these dates in your agenda and don’t miss the opportunity to see tchoukball played at its highest level in a incredible atmosphere!