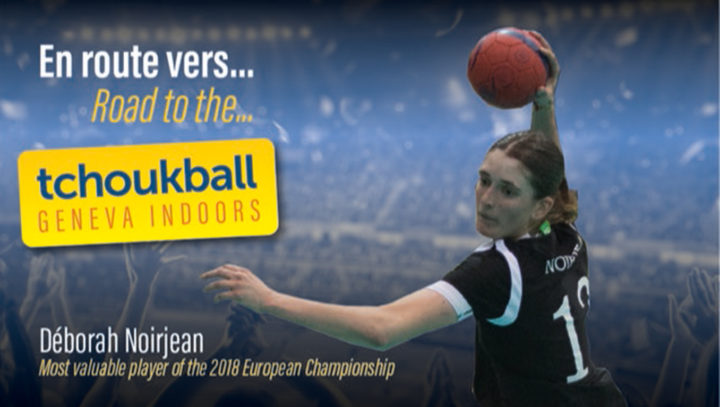 Road to the Geneva Indoors…

Interview with Déborah Noirjean, Player of swiss nation team
Most Valuable Player of the 2018 European Championship 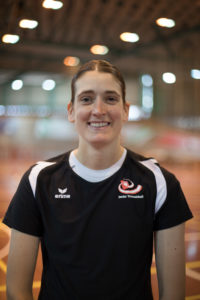 She climbed one by one the stages that allowed her to join the national team in 2005. Tchoukball nomad, she played in the clubs of Geneva, Meyrin, Vernier, Lancy, and Nyon. She has participated in more than twenty international competitions. She is part of the world top 5 best shooters. She notably won the Swiss Championship in 2017, the Swiss Cup in 2018, and “The Most Valuable Player” award at the 2018 European Championship.

Since when do you participate in Geneva Indoors & what is your best memory?

Déborah Noirejean (D.N.): I’ve been competing at Geneva Indoors since 2001. My best memory is winning the 2016 Nations Cup final against Taiwan.

At the 2018 European Championship in Castelanza, Italy, you received the title of “Most Valuable Player”. What does this mean to you?

D.N.: It’s the result of the hard work done over the years to be able to stand out as a woman and a shooter. I very proud of this

For the first time in its history, the TGI will host at the same edition a Taiwanese women’s and men’s team. How do you approach this event knowing the excellent level of play of these teams?

D.N.: It’s been a while since we played against the Taiwanese. This will be very instructive and will allow us to better know our level compared to this Asian team. Indeed, we know our level against other European teams, but not really against the Asian teams. This will also give us the opportunity to better know our weaknesses in order to refine our preparation to have a better chance of winning the world championships in 2019.

There are few events where you have the opportunity to play in front of such enthusiastic Swiss audiences. How do you feel about the presence of this audience and the influence they have on the performance of your team?

D.N.: In bad times, being supported by the audience allows us to raise our heads and get back into the game. Moreover, it is always nice to feel supported by all these spectators.

In the 2017 edition of the Geneva Indoors, Italy made a big impression by winning the Nations Cup in the women, men and U18 boys categories. How do you explain this great form in the Italian teams?

D.N.: The Italian teams had in fact organized themselves to prepare their national teams in a very efficient way with the goal of winning the European Championships at home in the summer of 2018.

In Switzerland, we are fortunate to have a very competitive national championship and a lot of players of a very high level. In your opinion, what should be done to allow the Swiss teams to reach a new level?

D.N.: One of our problems is that we are too used to playing between Swiss, and we know each other too well. I think it is therefore essential to approach the TGI with even greater seriousness and as a particularly important competition. Thanks to this event, we have the opportunity to meet each year the best teams, and this should allow us to identify our weaknesses better. By working hard, we should be able to achieve better results internationally.

For several years now, the TGI staff has been improving the event and make the TGI experience as pleasant as possible. What do you think of the changes that have taken place since you participated in the event the first time?

D.N.: I find that the changes have been massive, with the setting up of all these tournaments in many sports centers – especially the school tournament, which is the best promotion of Tchoukball possible in my opinion. With moving the heart of the Geneva Indoors to the sports center de la Queue d’Arve, the setting and the atmosphere have become incredible and allow us to experience a Geneva Indoors very intense in emotion!

What are your expectations for the 2018 edition & how do you see the Geneva Indoors in 10 years?

D.N.: I hope there will be even more new public than last year. It will of course also depend on the interest of the City and the State of Geneva to continue to support the organization of this event. However, I think there will always be more and more teams and that the City will invest even more funds so that the event can reach its full potential.

What would you say to a person who does not know Tchoukball to motivate him or her to follow this event?

D.N.: He or she will attend exceptional matches because the best teams in the world will be present and the show will be at the amazing!

Many thanks to Deborah for answering our questions. We wish her all the best for this 22ndedition of the Geneva Indoors. 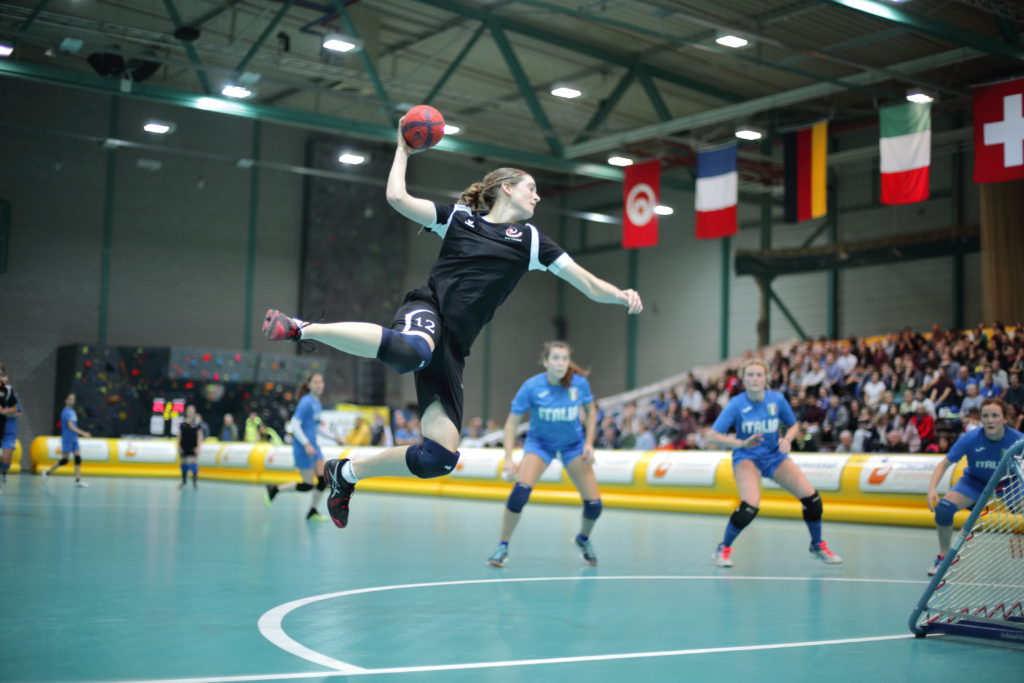