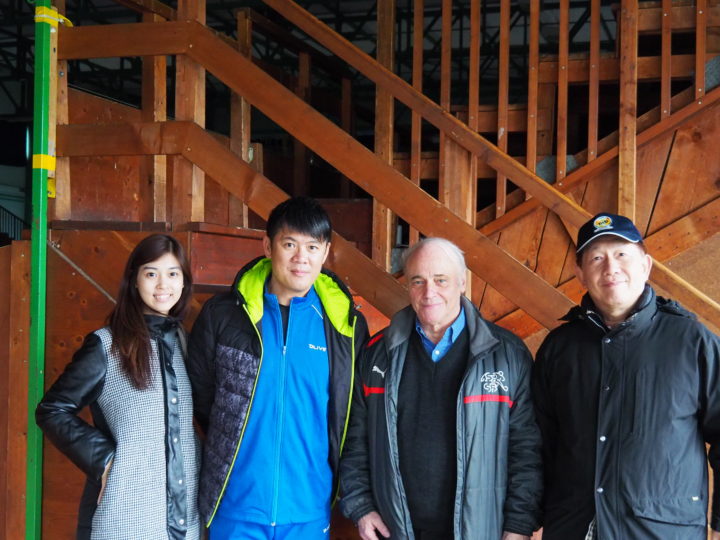 The tour then continued to the Sports Centre Bout-du-Monde, where ther very first international tchoukball game was played in October 1971, between Switzerland and France. The featured picture is taken now in exactly the same sports centre.

The meeting then continued with Michel Favre showing his guests all the many documents of the early days of our sport.